The applied research and consultancy has taken place in a variety of countries and has included governmental bodies (such as the UK Passport and Identity Services, Department of Health; the US Air Force and FBI; and Police Forces in the UK (e.g., the London Metropolitan Police), the US (e.g., LAPD, NYPD, SFPD), the Netherlands, Australia and Finland), and commercial companies (such as BT, BP, Deutsche Bank, PWC, and IBM), as well as providing expert reports and testimonies in court cases (such as in the Levi Bellfield case in the Central Criminal Court at the Old Bailey in London, as well as Federal Court in the US, working both for the prosecution and for the defense).

​
Dr. Dror's research has been covered by the major scientific journals (e.g., Science and Nature), and in our various events.  He has received the ABP (Association for Business Psychology) Annual Chairman's Award, for the best achievements and excellence in Business Psychology. Dr. Dror was also the Chair of the Human Factors Committee of the US Department of Justice (DoJ) & National Institute of Standards and Technology (NIST), as well as a member of an AAAS (The American Association for the Advancement of Science) Advisory Committee. See his events and  publications.

Science magazine published a feature detailing some Dr Itiel Dror's research: "The Bias Hunter: Itiel Dror is determined to reveal the role of bias in forensics, even if it sparks outrage"  (13 May 2022, pp. 686-690).

Dr Dror's academic work relates to theoretical issues underlying human performance and cognition. His research examines the information processing involved in perception, learning, and decision making. He has published over 150 peer-reviewed scientific articles (cited over 9,000 times –source Google Scholar)  and his work has been covered by Science and by Nature. Dr. Dror is on the Board of Editors of a number of journals, including the Journal of Applied Research in Memory & Cognition (JARMAC), Science & Justice, and Pragmatics & Cognition.

Dr. Dror's speciality is in taking the most theoretical scientific understanding of the human mind, brain and cognition, and translating it into practical and tangible ways to improve human performance in real world domains. This applied research and consultancy has primarily focused on enhanced cognition through training, decision making, and use of technology. For example, Dr Dror has advised how to use technology (e.g., interactive videos, web design, gaming) to make training more effective, helped organisations understand the cognitive aptitudes and skills needed for specific task performance (and designed tools useful to predict job performance and for selection & screening), developed ways to minimize expert examiners’ vulnerability to confirmation and other cognitive biases, and conducted research and training on how to best utilize technology in the workplace. 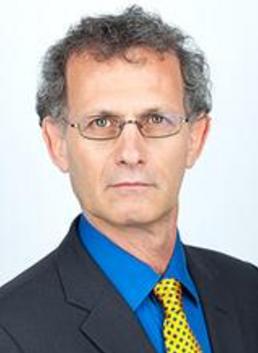